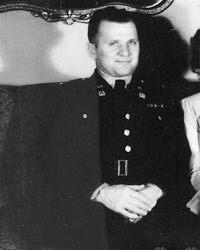 Award of the Bronze Star Medal
For meritorious service in connection with military operations against an enemy of the United States at Kelheim, Germany, on 25-26 April 1945. On 25 April he commanded a platoon that constructed a footbridge across the Ludwig Canal under small arms fire. On 26 April, while making a reconnaissance for a vehicular bridge site near the Danube River, a burst of mortar fire blew his vehicle off the road injuring him. Despite this he continued on his mission. On 27 April, while in direct observation of enemy artillery, LT Hromadka supervised his platoon in construction of a heavy timer bridge. His outstanding leadership and steadfast devotion to duty reflect great credit on him and the Armed Forces of the United States. 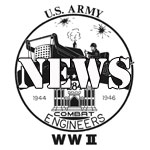 Called for duty in Korea