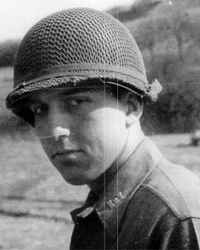 Award of the Bronze Star Medal
The Bronze Star Medal awarded for ably assisting with reconnaissance, mine clearing, and direction of the construction of a 254' fixed Bailey Bridge over the Roer River. His enthusiasm and personal courage so inspired his men that the bridge was completed well ahead of schedule, despite mortar and artillery fire directed at the site during the initial stages of construction.

The Bronze Star Medal is awarded for bravery during operations at Beilngries where the men risked personal injury to rescue injured infantry men trapped across the Altmuhl River.

William became a teacher after the war:
Google News